Below are two reviews, the second with the complete track listings.

RAM may be considered Paul McCartney’s second solo album after the breakup of The Beatles, but it should really be considered his first album as “Paul McCartney, the ex-Beatle”. RAM was originally released 41 years ago on May 17, 1971 and today is being released as a remastered edition in several different formats.

In the summer of 1970, after the success of “McCartney”, Paul and Linda retreated to Mull of Kintyre in Scotland, where they wrote songs for the album. It was a turning point for Paul. This was the album where Paul made Linda part of his musical legacy, and openly criticized John Lennon.

RAM is credited to Paul and Linda McCartney as a pair, with Linda having co-written six of the tracks. In the bonus video segment called “Ramming” available on the Deluxe Edition Box Set, McCartney explains that he asked Linda if she wanted to join the new band he was putting together. Linda replied, “Yeah.”

This would be the first time Paul worked closely with female harmonies. Linda would serve as his backing vocalist for many years to come. On the deluxe release, you can hear just plain and simple that Linda McCartney had a good singing voice. Just watch the bonus video for “Hey Diddle” and you’ll hear Linda harmonizing with Paul while he plays acoustic guitar outside sitting on the grass.

RAM gave Paul McCartney his first number one US hit single post-Beatles with “Uncle Albert/Admiral Halsey”. The album also contained the song “Too Many People” which McCartney admits was a jab at former bandmate John Lennon.
“I did feel he [John] was preaching a little bit about what everyone should do, how they should live their lives,” Paul explains on the ‘Ramming’ video segment. “I felt some of it was a bit hypocritical.” 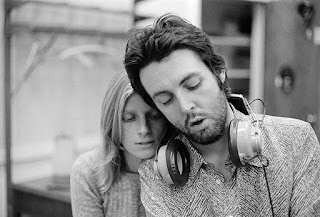 Reacting to John’s musical response of “How Do You Sleep” released on the Imagine album five months later, McCartney replies, “I nearly did a song ‘Quite Well, Thank You.’”

While the standard CD features the original tracks on the album remastered, the special edition CD contains a bonus disc which contains the single “Another Day/Oh Woman, Oh Why” as well as lesser known songs “Little Woman Love”, “Hey Diddle” and “Rode All Night”.

The Deluxe edition contains 4 CDs, 1 DVD, 112-page book, photo prints, handwritten lyrics and notes. This set includes two additional CDs of the remastered mono version of the original RAM album and the remastered “Thrillington” album from 1977 which was an instrumental version of RAM produced by Paul, a.k.a. Percy “Thrills” Thrillington. 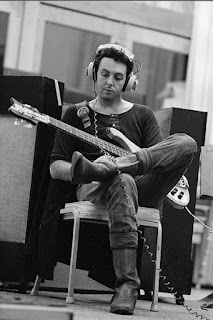 The remastered edition of RAM also comes in digital and vinyl formats.

As Paul McCartney explains, RAM symbolized “pushing forward”. RAM was definitely the start to the second career of Paul McCartney, the performer who some people were surprised to know was in a band before Wings.
–Trina Yannicos

Enter our contest to win a copy of the standard CD edition of RAM…contest open now through Paul McCartney’s 70th birthday !!
For more Beatles news, follow us on Twitter and Facebook

We’re gonna keep this one short and sweet, dear boys and long-haired ladies.  Yes, the oft-rumored Paul McCartney Archive Collection of Paul and Linda McCartney’s 1971 album Ram is very close to becoming a reality.  On March 22, it was officially announced that Ram will be reissued in multiple formats on May 22.  But one of those formats will be a bit surprising to collectors of previous Archive Collection titles.  It appears that Ram will not follow the hardcover book format of those past releases, but rather be housed in a newly-designed box.  We’ve got a video unboxing for you and a photo of the new set, courtesy of Amazon.com, below.
As many of our favorite record labels revealed the goodies up for grabs this year on Record Store Day – Saturday, April 21 – one tidbit stood out from the rest for Beatlemaniacs and Maccafans.  One of our favorite haunts, New Jersey’s indispensable Vintage Vinyl Records, is among the retailers to have announced the release of a RSD-exclusive vinyl replica single of McCartney’s “Another Day” b/w “Oh Woman, Oh Why.”


“Another Day,” the first single of Paul McCartney’s solo career, was originally recorded in 1970 during the sessions for Ram. It was paired with “Oh Woman, Oh Why” as its B-side, and upon its February 19, 1971 release, the single reportedly sold over a million copies worldwide.  It was an international Top 5 smash, hitting pole position in France and Australia, No. 2 in the U.K. and No. 5 in America.  The official information for the single indicated that “this exclusive reissue single is taken from the forthcoming Paul McCartney Archive Collection edition of Ram coming this spring!”  Neither track is actually on the Ram album, but we now know that both songs will be present in the supplemental material!  The deluxe Ram will follow similar Archive editions of McCartney, McCartney II and Band on the Run.


Introducing the new Archive Editions, McCartney stated, “Ladies and gentlemen, this is an album from a long, long time ago, when the world was different. This is an album that is part of my history…it goes back to the wee hills of Scotland where it was formed. It’s an album called Ram. It reminds me of my hippie days and the free attitude with which was created. I hope you’re going to like it, because I do!”  The centerpiece of the reissue campaign is, of course, the 4-CD/1-DVD edition, with all contents enclosed within a 112-page hardcover book.  Ram will also be offered as a single-CD remaster, a 2-CD deluxe edition, 2-LP vinyl edition, 1-LP mono vinyl edition and digitally.  Whew!
Hit the jump for the full specs involving Uncle Albert, Admiral Halsey and my personal favorite, Percy “Thrills” Thrillington, plus a link to the unboxing!

Ram, the only album jointly credited to Paul and Linda McCartney, was largely composed by the duo at their farm in Scotland. Recording began in New York in the fall of 1970 with a cast of musicians including future Wings drummer Denny Seiwell and guitarists David Spinozza and Hugh McCracken. The album made it all the way to No. 1 in the U.K. and No. 2 in the U.S. and remains one of McCartney’s most beloved post-Beatles recordings. The single “Uncle Albert/Admiral Halsey” even topped the success of “Another Day,” and became Paul’s first U.S. No. 1 single. It even snagged a Grammy Award!
As Ram was being readied, a promotional mono mix was distributed to radio stations, and over time this special edition of the album has become a sought-after collectible.  It makes its CD debut as part of the 4-CD/1-DVD edition and returns to vinyl on a special stand-alone LP release.  In addition to the mono CD and the stereo remaster, the Ram box set includes the 1977 album Thrillington, recorded in June 1971 at Abbey Road by one Percy “Thrills” Thrillington.  Beneath the cover of a violin-playing ram, one would find an instrumental interpretation of the Ram album arranged by Richard Hewson and featuring among its personnel Herbie Flowers, Vic Flick and The Mike Sammes Singers.  The fourth CD in the box set contains eight rarities and associated tracks including  outtakes “A Love For You,” “Hey Diddle” and “Sunshine Sometime,” as well as “Another Day” and “Oh Woman, Oh Why.”  The DVD premieres featurettes “Ramming,” “Heart of the Country,” “3 Legs,” “Hey Diddle,” “Eat at Home on Tour” and various radio jingles first heard on a Ram promotional LP cheekily entitled Brung to Ewe By!  The deluxe edition also includes access to the album in download form in 96/24 resolution plus 5 prints in a vintage style photographic wallet, replicas of handwritten lyric sheets and a mini photo book of outtakes from the album cover shoot.  You can check out the new design of the box set here.

A single-CD remaster will offer the original album only, while a 2-CD edition includes the remastered original album plus the 8-track bonus disc.  The 2-LP 180-gram gatefold vinyl includes the remastered album and bonus content with download card for all 20 tracks.  A Limited Edition Mono Vinyl contains just the mono album only.  Digital configurations will include “Mastered for iTunes” and high resolution versions.
We have the full track listings for all versions below, as well as pre-order links.  May 22 is the date.  Ram on!