This is the section from the movie Let It Be where the Beatles perform on the roof of Apple Corp circa January 30th, 1969. You can watch it below. Enjoy. 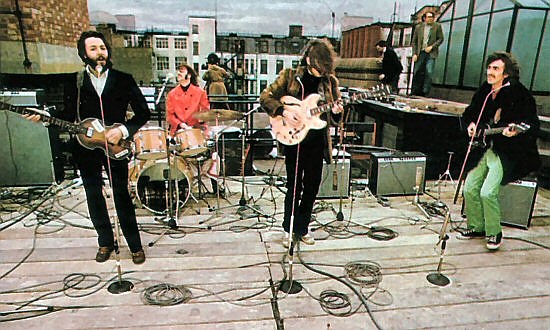 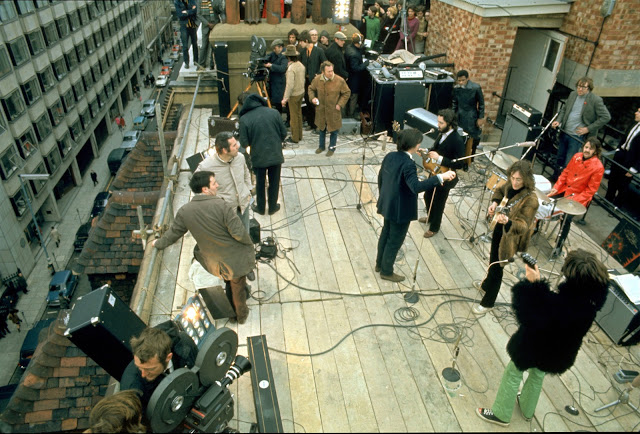 Posted by the original PC Music & TechnoGeek at 6:14 PM

This has been one of my favorite Paul McCartney performances and albums. Below is information about it, DVD and album cover scans, a full length YouTube video, and full audio to listen to. Enjoy. 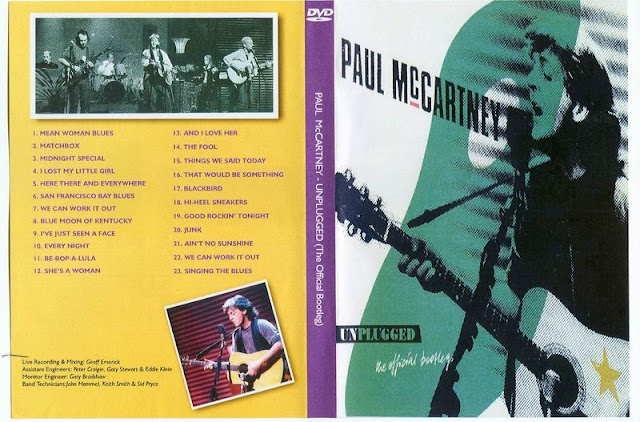 Unplugged (The Official Bootleg) is a live unplugged performance by Paul McCartney, recorded and released in 1991. Following the vastness of his world tour recently captured on Tripping the Live Fantastic, McCartney relished the opportunity to strip back his songs and appear on the newly-launched acoustic-only show. Consequently, McCartney was the first in a long line of artists to release an unplugged album.[ 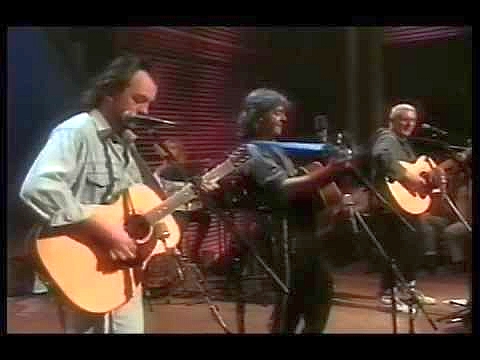 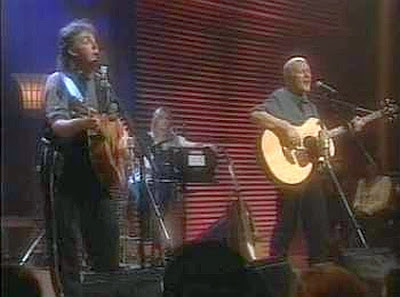 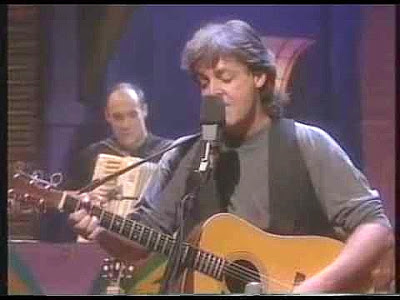 Unlike other artists who appeared on the acclaimed show with acoustic instruments plugged into amplifiers (producing the sound heard), McCartney's instruments were 100% unplugged. Microphones were carefully placed close to guitars, pianos, etc. to pick up the sound (this can be seen on the album, where a large rectangular microphone can be seen in front of McCartney's acoustic guitar).
Using the same line-up that recently backed him (save for Blair Cunningham who had replaced Chris Whitten), McCartney used the opportunity to dust off some of his rarer tracks, including three from his 1970 debut album McCartney, alongside some obscure covers amid a helping of familiar Beatles hits. 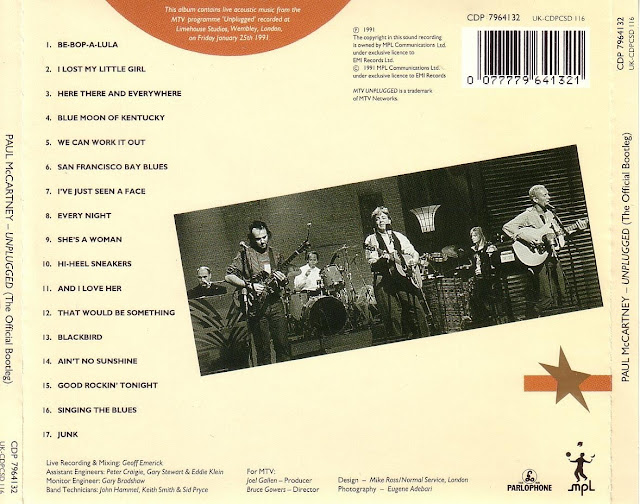 This recording was one of the first in the famed MTV Unplugged series.
Several tracks performed in the show were not included on the album, as follows: "Things We Said Today", "Midnight Special", "Matchbox", "Mean Woman Blues" and "The Fool". Among numbers rehearsed by the band but not performed at all, include: "Mother Nature's Son", "Figure of Eight", "Cut Across Shorty", "Heartbreak Hotel", "Heart of the Country", "She's My Baby", and "Mrs Vandebilt". 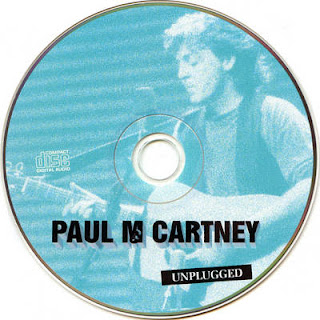 With McCartney in a loose and carefree context, critical response to Unplugged (The Official Bootleg) was very warm.
Initially released in a limited edition, individually numbered run in 1991, Unplugged (The Official Bootleg)—with artwork that recalls Снова в СССР's—was reissued in a more permanent fashion in the late 1990s. Upon its original issue, it reached number 7 in the UK and became McCartney's highest peaking US album in almost ten years, reaching number 14. 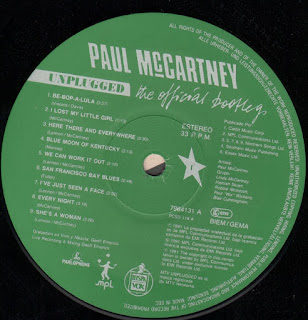 All songs written by Paul McCartney, except where noted.

Posted by the original PC Music & TechnoGeek at 10:08 AM 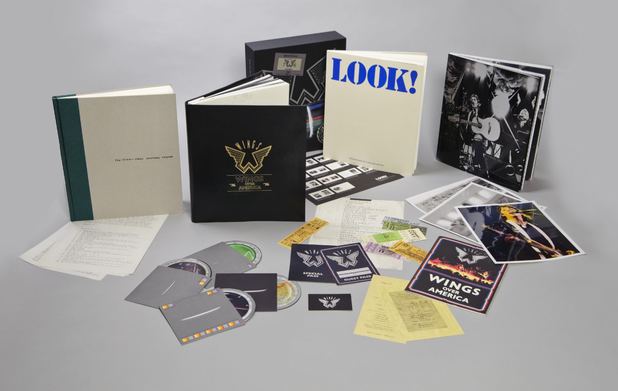 This spring, Paul McCartney will continue his ongoing back-catalog reissues project with the re-release of his late-1976 live album, Wings Over America.

The album captures the best moments of one of the most sophisticated tours of the mid-'70s. McCartney and his band, Wings, performed to more than 600,000 people at 31 shows in the US and Canada, ending with three nights at The Forum in Los Angeles.


Wings Over America
The album will be reissued May 27 in a range of formats, including a standard edition (which is available for pre-order at Amazon.com) and a four-book, four-disc (3CD, 1DVD) Deluxe Edition Box Set. The box set’s audio and video include the two-disc Wings Over America remastered at Abbey Road, a bonus audio disc recorded live at San Francisco’s Cow Palace, a bonus DVD containing the rarely seen 75-minute television special Wings Over the World and a photo gallery montage titled “Photographer’s Pass.”

The leatherette-bound “Tour Itinerary” contains memorabilia including printed 8-by-10 glossy band photos, a backstage guest pass, facsimiles of the invitation to the end-of-tour party at the Harold Lloyd Estate in Beverly Hills along with Wings over America concert tickets, original album art work, tour posters, set lists, lyrics, press materials and more. “Look," the box set’s book of Linda McCartney photography, features Paul and the band in their everyday life as they made their way across the country in the spring of ’76.


Rockshow DVD/Blu-ray Release
For the first time, Wings' Rockshow concert film will be available on DVD and Blu-ray on June 10. The film, which was shot in 1975 and 1976, was premiered in November 1980 in New York and April 1981 in London. The film, which features a full-length concert, has been fully restored from the original 35mm film with restored and remastered sound, including a 5.1 mix.


Rockshow Theatrical Release
Rockshow will hit theaters for one night only on May 15. The film, which will be shown at 500-plus cinemas across the world, features an introduction by McCartney. There also will be an exclusive VIP premiere screening of Rockshow, with McCartney in attendance and introducing the film, at BAFTA on May 15 in London. Head here for more details.
For more information, head to PaulMcCartney.com.

You can watch the entire concert on uTube here: 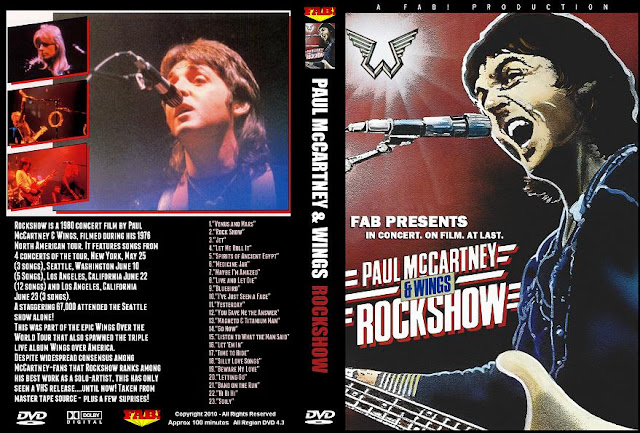 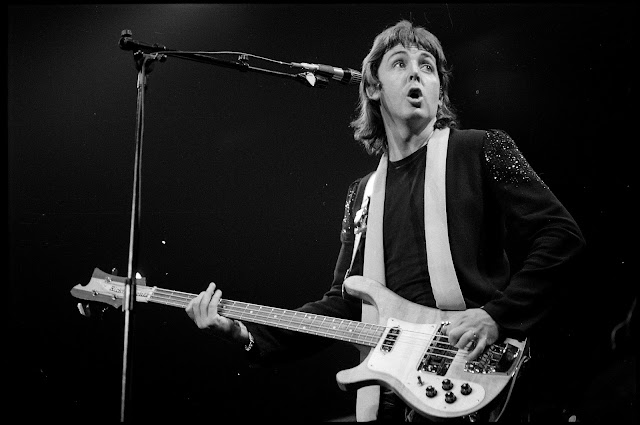 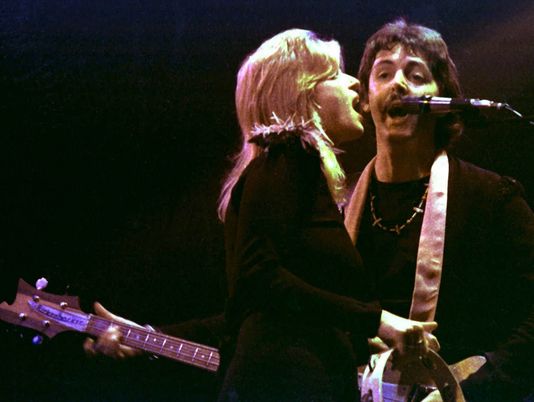 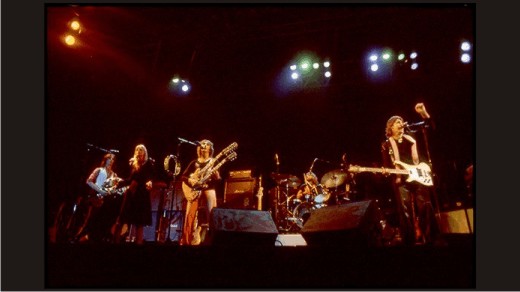 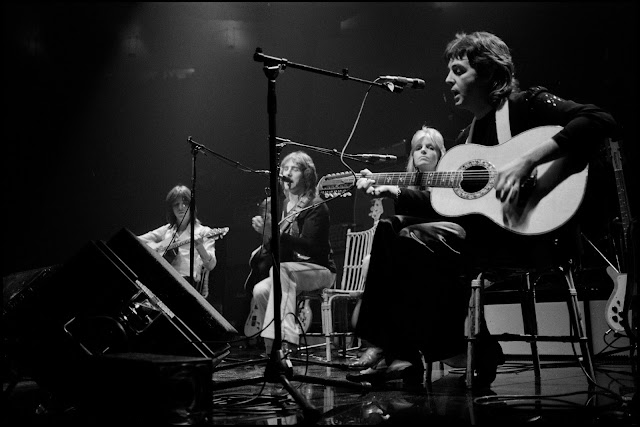 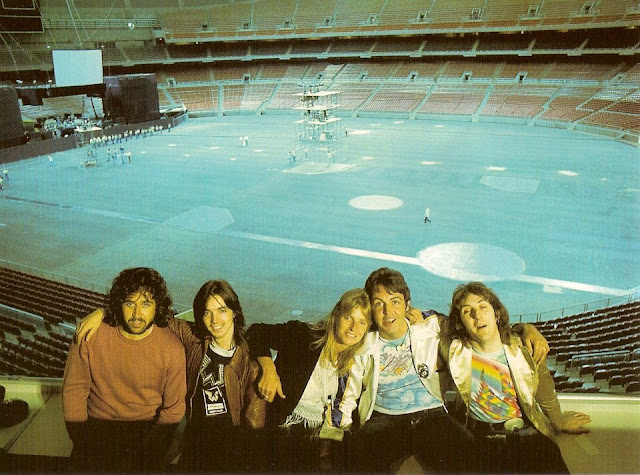 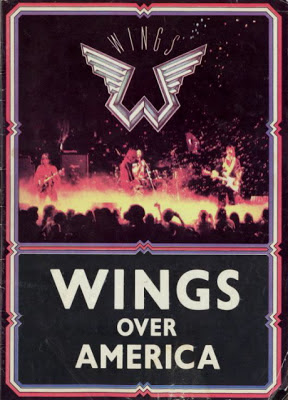 From Wikipedia:
Wings over America is a live album by the band Wings, released in December 1976 on MPL Communications (in the US, it was released by MPL Communications and Capitol). In its initial release, it was a triple album and included a poster of the band, which reached number 8 in the UK charts and peaked at number 1 in the US. The cover was designed by Hipgnosis, and features a painting of an airliner about to open its cabin door.[1] The album was a collection of recordings gathered from Wings' Wings Over America part of their world tour. A remaster is set to be released in May 2013.

Originally, Wings over America was to be a two-record set, but this was rethought due to the success of a bootleg[2] called Wings from the Wings, released as a triple record set,[nb 1] recorded on 23 June 1976 at The Forum, in California.[3] This caused McCartney to redo the official release as a three-record set which was compiled from all recorded shows of the band's America leg of their world tour that spring,[2] of which, McCartney listened to all of the tapes and selected 5 of the best performances of the whole 28-song set list.[4] McCartney choose and mixed the final set of recordings after 6 weeks of listening[4] during October–November 1976.[1] Numerous songs, however, were taken from the 23 June 1976 show.[1] "Soily" was recorded on 7 June 1976 at McNichols Sports Arena in Denver.[5][6] Some recordings, however, received studio overdubs.[2] Wings' drummer, Joe English, said that the "overdubs were necessary because of people singing out of tune".[7]

All songs by Paul and Linda McCartney except where noted. For the five Beatles songs included, McCartney elected to reverse the songwriting credit to McCartney–Lennon,[17] while "The Long and Winding Road" was credited to just McCartney.[1]

Wings over America is to be reissued in several packages:[21]

Bonus: A fan has posted the original 2CD set here for sharing: