Resourceful Beatles fans have been beat-ing the drum for several days sharing info about upcoming year-end releases from the Fab Four. Videos, presumably from Apple Records, would appear on YouTube and elsewhere, only to vanish within hours. By Oct. 31, one project was identified as the long-awaited release of the annual Christmas messages that the Beatles sent to their fan club members on flexi-discs for many years. On Nov. 1… a title: The Beatles Christmas Records Box, which appeared on Amazon’s France-based website for EUR71.88 under the code name Tbc (The Beatles Christmas?).

And on Nov. 1, Amazon’s U.K. site listed a second release, a vinyl edition of Sgt. Pepper’s Lonely Hearts Club Band which, the detectives assured their fellow fans, was a picture disc of the album.

The Beatles Christmas Records Box is a limited-edition collection of 7″ singles, pressed on colored vinyl, of the Fab Four’s annual holiday messages that were sent to their fan club members from 1963-1969.


From the announcement: “The Beatles’ annual holiday tradition of recording jolly Christmas messages for fan club members was an important part of the band’s relationship with their most ardent supporters, affectionately referred to by them as ‘Beatle People’. Spanning 1963 to 1969, The Beatles’ holiday recordings were originally pressed on flexi-discs and mailed to fan club members each December.

“Never released beyond the fan club until now, The Beatles’ seven holiday messages have been newly pressed on a rainbow of seven-inch colored vinyl singles for The Christmas Records box set. The limited-edition collection presents each vinyl single with its original flexi-disc sleeve artwork, accompanied by a 16-page booklet with recording notes and reproductions of the fan club’s National Newsletters, which were mailed to members with the holiday flexi-discs.” 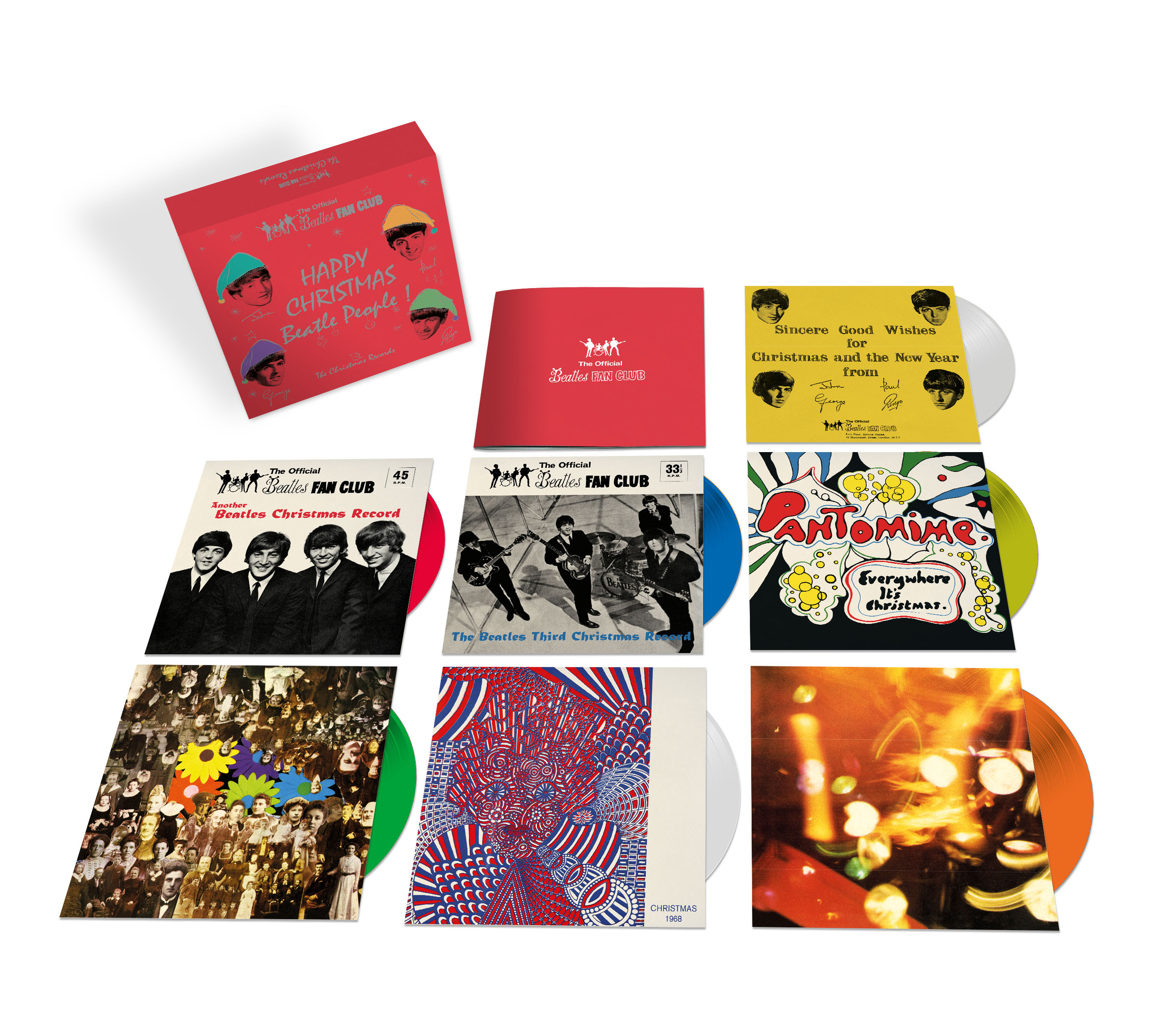 
Pre-order The Beatles Christmas Records Box in the U.K. here and the U.S. here.

On the same date, the Deluxe Anniversary Edition of Sgt. Pepper’s will debut worldwide in high definition digital audio (96kHz/24bit). This edition features the album’s 2017 stereo mix, plus 18 additional tracks, including complete alternate takes for the groundbreaking album’s 13 songs, newly mixed in stereo. The expanded edition also features the 2017 stereo mix and an instrumental take of “Penny Lane” and the 2015 stereo mix and two complete alternate takes for “Strawberry Fields Forever.”


Shortly after the labels’ April 5 announcement of the Sgt. Pepper’s 50th Anniversary editions, fan pre-orders went wild. And for weeks following their May 26 release, all four versions sold phenomenally, with the Super Deluxe Edition (at a super deluxe $149.98 list price) holding the top spot at Amazon.