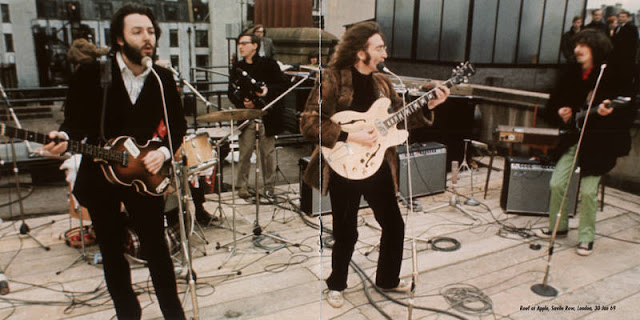 More than 40 years after their release, The Beatles' "Let It Be" and the "Magical Mystery Tour" films may finally be coming to Blu-ray and DVD.
"Let It Be" director Michael Lindsay-Hogg, who has making the rounds to promote his autobiography "Luck and Circumstance," spoke about The Beatles in an interview with radio station WNYC-FM.
"We have been been working on it pretty much every year for the last couple of years. And the plan is, at the moment, to have it come out, I think, in 2013," Lindsay-Hogg said.
Lindsay-Hogg also directed the Fab Four's promotional videos for "Paperback Writer," "Hey Jude" and "Revolution," as well as music videos for The Rolling Stones and Paul McCartney and Wings.
A home video release of "Let It Be," featuring outtakes and additional footage highlighting the making of the 1970 documentary, would follow a planned DVD release of the band's self-directed 1967 TV special "Magical Mystery Tour" in 2012, according to Beatles Examiner 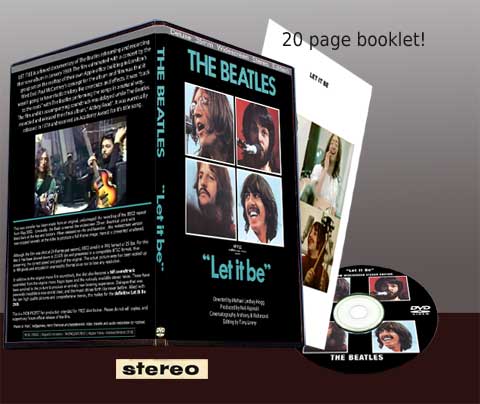 Both films were briefly available on VHS in the early 1980s.
Pirated copies have become popular staples at record collector shows for decades.


Alternate scenes from "Let It Be" and "Magical Mystery Tour" were featured in "The Beatles Anthology," a documentary created by the surviving band members in 1995.


The original trailer for the film "Let it Be"


Steve Marinucci, Beatles Examiner, October 17, 2011
In an appearance Monday on the radio program "Soundcheck" heard on WNYC-FM, "Let It Be" director Michael Lindsay-Hogg, promoting his book "Luck and Circumstance: A Coming of Age in Hollywood, New York, and Points Beyond," gave something real to those wishing and hoping for the film to be released on DVD.


In answer to a caller's question, Lindsay-Hogg recalled a past meeting talking about the film with Beatle Paul McCartney and, more importantly, gave a timetable for its release on DVD.
"We bumped into each other on an airplane. It was just before George Harrison died. George was very ill. And George had not had a happy time during the making of 'Let It Be.' For personal reasons. He was about to go out on his own and a lot of other things like that. And we knew it probably would not be re-released in George's lifetime. But, we have been been working on it pretty much every year for the last couple of years. And the plan is, at the moment, to have it come out, I think, in 2013.


"This is after they release 'Magical Mystery Tour' as a special DVD release. And it'll be the film itself, the original film -- the color's great, the soundtrack is perfect -- with a No. 2 DVD which will be a documentary about the making of the documentary ('Let It Be')."
He says that second disc will be filled with the film's outtakes.


"When we first put 'Let It Be' out, I had to cut out a lot of stuff that I really like and wanted to stay in there. The stuff in the new DVD has a lot of the stuff that had to be cut out. So for me, it's like the egg is now complete."


Besides "Let It Be," in the interview, Lindsay-Hogg talks about his work on the landmark British music show "Ready, Steady Go!" and on the Rolling Stones film, "Rock and Roll Circus." About the latter film, he said film cannisters for it languished in a bathroom, then in pianist Ian Stewart's barn before the film finally was released.


You can (and should) hear or download the entire interview at http://www.wnyc.org/shows/soundcheck/2011/oct/17/father-music-video/, where you can also see a video clip from "Ready Steady Go" with the Rolling Stones doing "Paint It Black" that's discussed in the interview.


(Thanks to Mike Rapsis.)

Posted by the original PC Music & TechnoGeek at 7:59 AM

Ahh, romance. It will certainly be in the air when Sir Paul McCartney releases his brand new album titled ‘My Valentine’ on Feb. 7 via the Concord/Hear Music label.
Just in time for Valentine’s Day, the album will feature romantic ballads — originals and covers — rooted in the sounds of days gone by. McCartney described the album to Direct Current as such: “This will sound like the years between 1920-1940,” he said, ”these are songs I heard. My family, my uncles, everybody sang.”
Last spring, McCartney talked to Rolling Stone about wanting to do a ‘pop standards’ type album saying, “I’ve wanted to do that kind of thing forever, since the Beatle days.”
Hoping to avoid what he called “doing a Rod” (referring to Rod Stewart‘s saccharine string of standards albums), Paul has written several new songs, in that vintage style, for inclusion on the album. Summing up his new work, Paul said “This is very tender, very intimate. This is an album you listen to at home after work, with a glass of wine or a cup of tea.”
‘My Valentine’ was produced by Tommy LiPuma and features jazz vocalist and pianist Diana Krall (also known as Mrs. Elvis Costello.)
And if that ain’t enough sharing the love, on Feb. 10, Paul will be honored as MusiCares Person Of The Year as part of the annual fundraiser hosted by The Recording Academy prior to the 2012 Grammys.


My Valentine will be the fifteenth solo studio album by Paul McCartney, and is set to be released on 7 February 2012 from Concord/Hear Music.