This has always been a favorite concert of mine due to the amount of energy in their performance. The evening concert in Paris took place on the same day as the previous post: January 16 1964. The Beatles would play several concerts as the touring years continued. The venue in question for this particular performance is at the Olympia Theatre, Paris, France.

This performance included an audience of the so-called "upper class" (in those days) and so the reception for the band is not as enthusiastic as would appear in the afternoon show in front of students. The show was recorded and edited for radio broadcast three days later. The radio show was entitled "Musicorama" and the radio personnel were from Europe 1.
The tunes that we hear on the bootlegs start with the first version of the single "From Me To You" followed by a rendition of the current (for then) B-side of the latest single "This Boy". After the B-side is performed, the A-side follows in the form of "I Want To Hold Your Hand"; John singing the B-side and shared vocals between John and Paul for the A-side. The previous single is performed in the form of "She Loves You".  The Beatles then play the cover tune from the first LP "Twist And Shout" before reprising "From Me To You" once again.

An upgraded tape of the show includes the Paul vocal for the Little Richard cover "Long Tall Sally" and finally the show ends with an instrumental version of "From Me To You" (odd that this was played three times during a concert). There you have it.

You can find this show on bootleg LP with the title "A Paris". It's quite a nice package with a gatefold cover and a mini booklet inside. There is also a CD version of the show entitled "Live In Paris 1964 And In San Francisco 1966". Both of these boots include the show up to the second reprise of "From Me to You".Posted by Mr. Kite at 11:30 AM 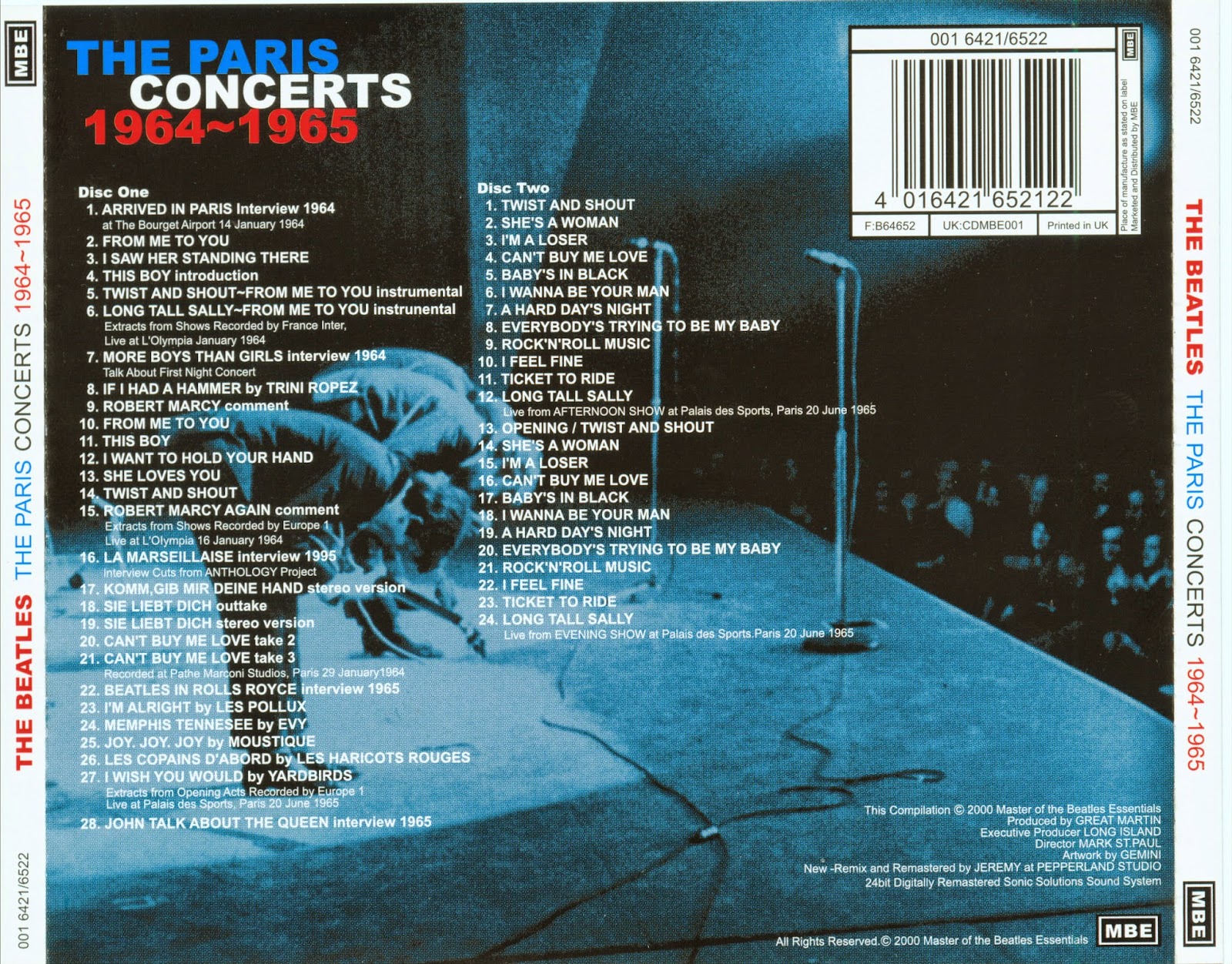 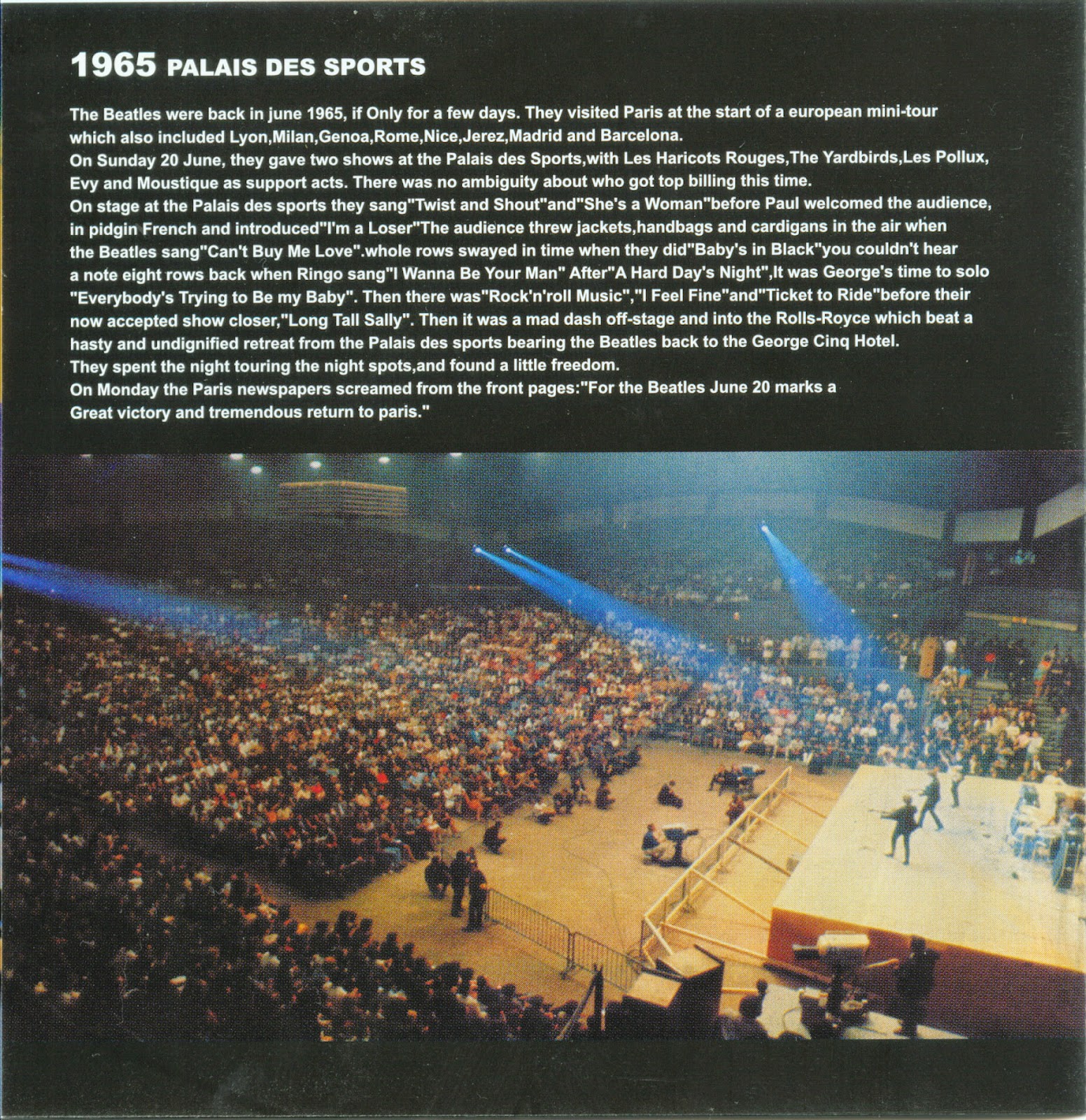 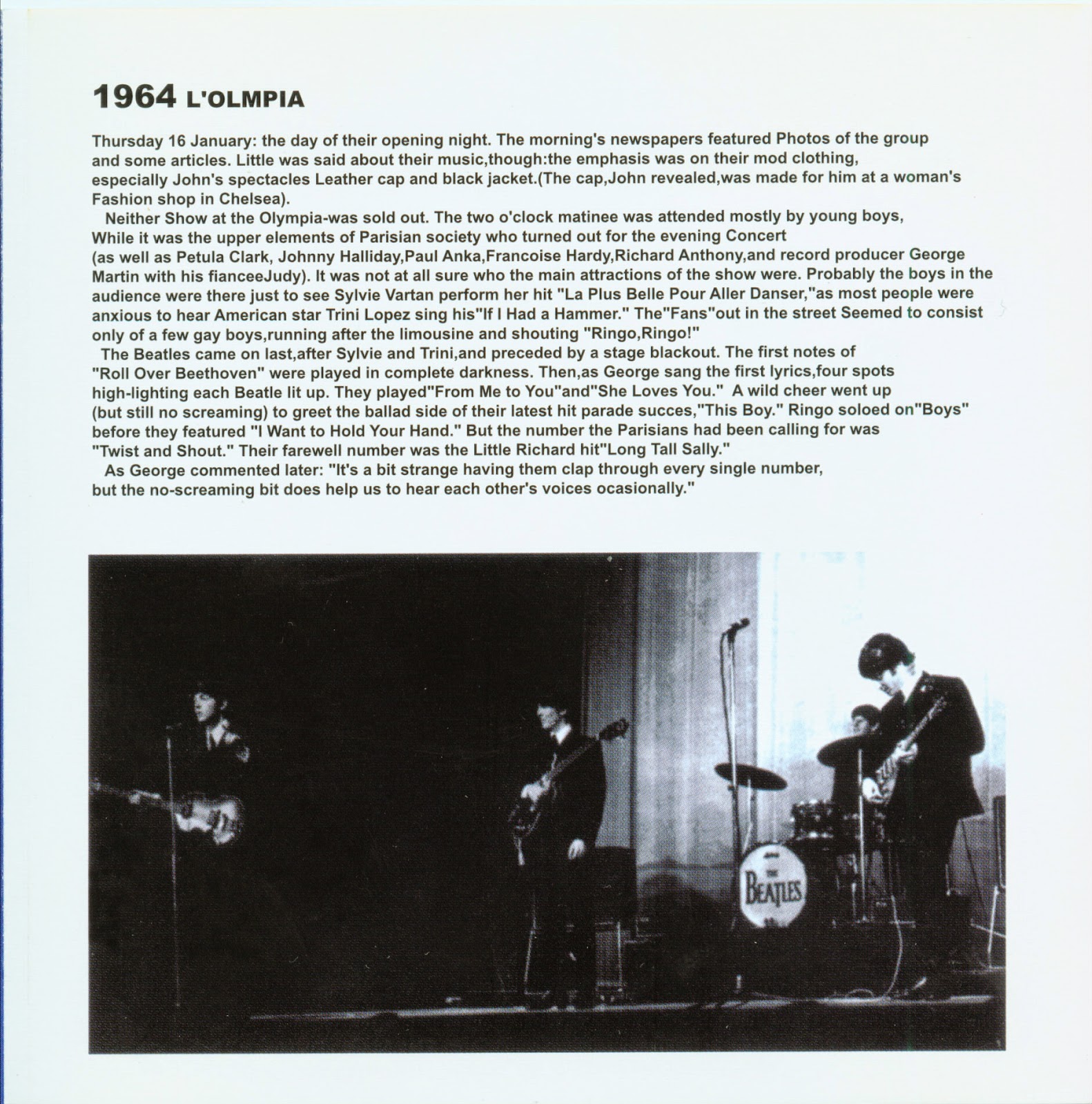 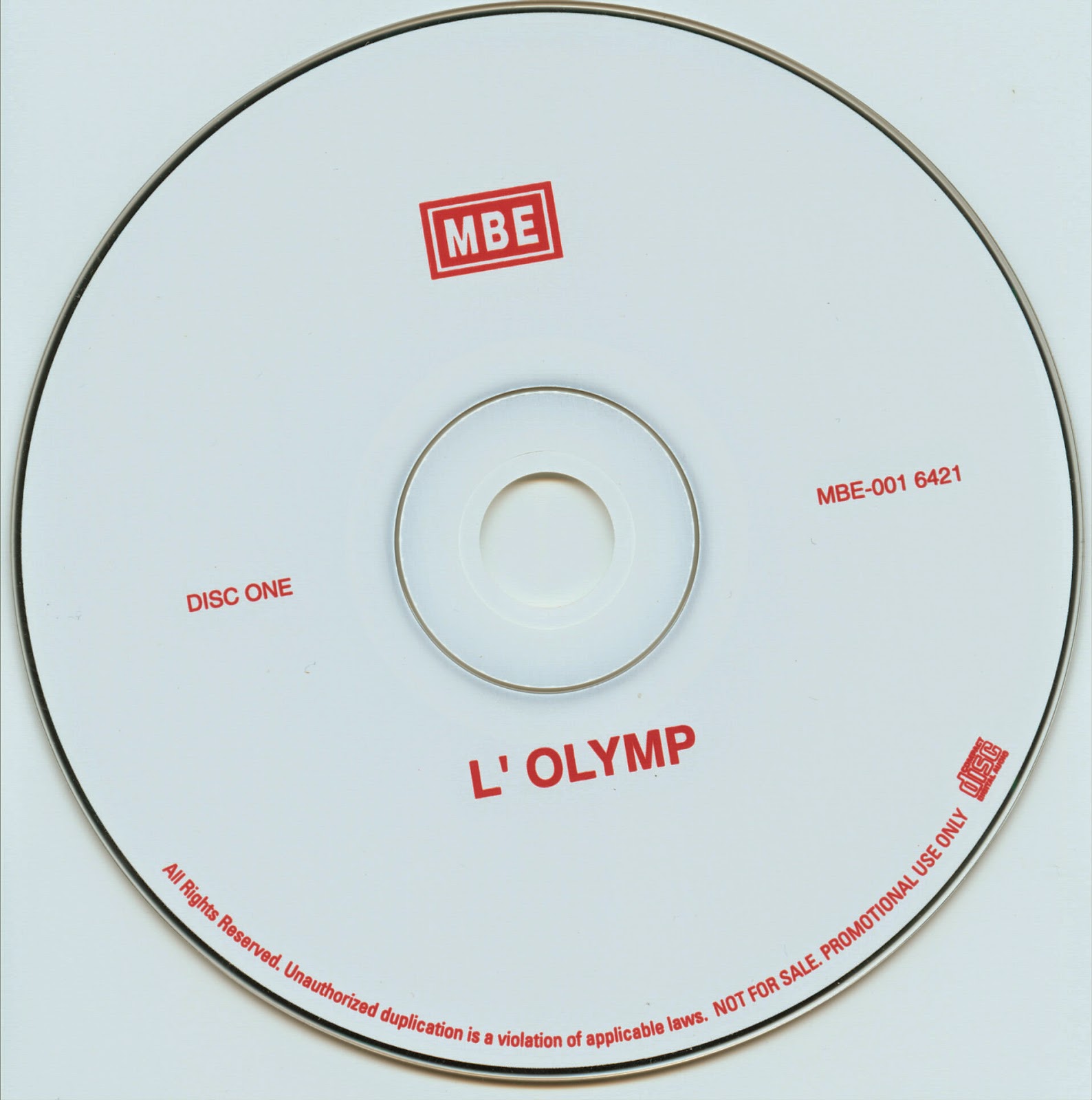 You can listen to the whole 57 minute concert here:
http://www.mixcloud.com/sinlopez/the-beatles-1965-06-20-palais-des-sports-paris-france-two-shows/