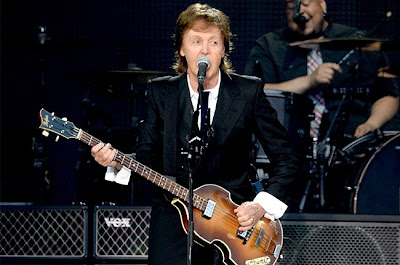 Paul McCartney has released a new song, "New," from an upcoming album of the same name. The 12-song LP, which will be his first album of new solo material in six years, is due out on October 15th in the U.S. Produced by Mark Ronson, the song has a classic McCartney feel, with a sturdy beat and buoyant melody. "We can do what we want, we can live as we choose," McCartney sings.

You can hear the song below: 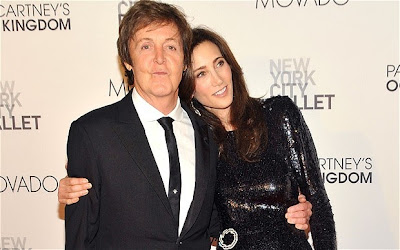 Where Does Paul McCartney Rank on Our 100 Greatest Singers List?
Since his last album of original material, 2007's Memory Almost Full, McCartney released the 2009 live album Good Evening New York City, the 2011 classical ballet score Ocean's Kingdom and last year's album of standards, Kisses on the Bottom, along with 2008's Electric Arguments as the Fireman, his electronic project with Youth.
He's also teamed with the surviving members of Nirvana on the new song "Cut Me Some Slack," and been a steady presence on the road. McCartney has spent much of this year traveling the world on his Out There! tour, which included a stop at Bonnaroo in June and a collaboration with the Kronos Quartet at Outside Lands earlier this month. 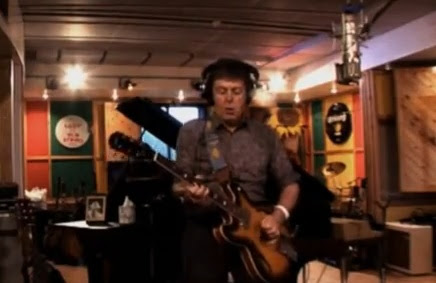 We just got word that Paul McCartney's new album will be finished next month and features PM working with several producers including Glyn Johns's son Ethan, Giles Martin (son of Beatles producer George Martin), and Mark Ronson, who worked with Amy Winehouse.

“They’re really good people. I knew their work, and I knew they were very good, so I just thought: ‘Let me see if I get on with them.’ I thought one might sort of rise to the top. They’re cool people whose work I liked,” McCartney told the BBC, “Of course, what’s happened is, I like them all.”

Let's hope all of these producers encouraged McCartney to get his bass playing way out front where it belongs. We can't wait. Here's a classic clip of Paul showing a reporter around his home studio, which is filled with Abbey Road instruments used by The Beatles.


Posted by the original PC Music & TechnoGeek at 8:56 AM

The Beatles made an impressive £43.5 Million last year Despite having formed over 50 years ago and splitting 43 years ago, The Beatles have still managed to turn over an £43.5 million fortune in 2012.
The figure is even £2 million higher than last year according to the band's business, Apple Corps Limited.
Living Beatles Paul McCartney and Ringo Starr, as well has George Harrison and John Lennon's widows Olivia Harrison and Yoko Ono will receive £5.1 million each in dividends, promotional activities and name and likeness payments.
Speaking to The Sun newspaper, a source said: "The Beatles have been the most famous band in the world since the 60s and it keeps on paying.
''The obsession with the Fab Four has never stopped, even half a century after they started. 'So the money just keeps rolling in.''

It is testament to music fans' ongoing love affair with the band and the phenomena they became that they continue to rake in such formidable sums all these years later.
Back in June, drummer Ringo Starr opened up about the possibility of a Beatles reunion in 2013 were all band members still alive today.

"It's a crazy question," he told the Mirror newspaper. "I'd like to think, yes, we would."
He continued: "Paul still goes out with his band, I go out with him and John would probably have been going out with his... But who knows, it could have come together."