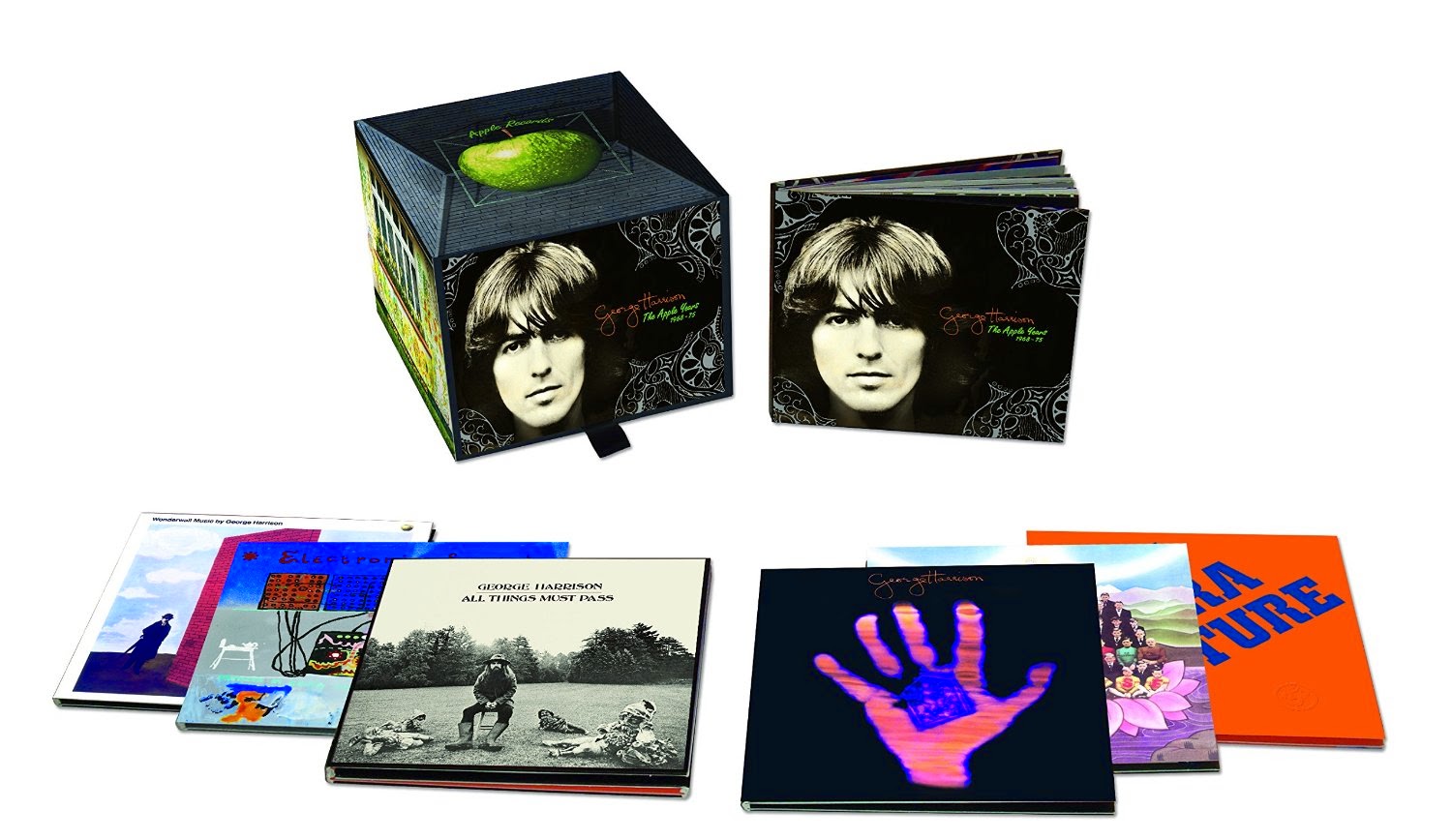 In November 1968, George Harrison released 'Wonderwall Music'. A soundtrack to an art film called 'Wonderwall' this predominantly Indian music collection was the first solo album to be released by a Beatle and also the first album on the newly formed Apple Records. George would continue to release albums on Apple (and EMI) through to 1975's soul-influenced 'Extra Texture (Read All About It)' touching on experimentalism with 'Electronic Sound', the magnificent triple album 'All Things Must Pass', the chart-topping 'Living In The Material World' and the, perhaps, less well-known 'Dark Horse'. This box brings all these eclectic albums together in one set that mirrors 2004's 'Dark Horse Years' box set and will contain a perfect bound book with a DVD. All albums have been remastered by Dhani Harrison and Paul Hicks and all will be packaged in high-quality card packs and all albums, apart from 'All Things Must Pass' and 'Living In The Material World' contain newly written notes by Kevin Howlett. The DVD contains a brand new, never before seen video which has been painstakingly overseen by Olivia Harrison and all packages contain new photos many never seen before.

George Harrison's first six solo albums are being reissued as a box set called George Harrison: The Apple Years 1968-75. Those albums, from his days on The Beatles' label Apple Records, were I think his strongest, most interesting records: Wonderwall Music, Electronic Sound, All Things Must Pass, Living in the Material World, Dark Horse and Extra Texture (Read All About It). Though I liked something about all the post-Beatles George Harrison records (there were 12), I found those first half-dozen records to be a window into a famous guitar player and songwriter we hardly knew.
Those first two albums, which he did while still a Beatle, were like very few albums out there in the world of pop in the late 1960s. Wonderwall, released in 1968, was a soundtrack album, the first album on Apple Records, and was a response to Harrison's time in Bombay. Electronic Sound was his explorations on a Moog synthesizer. All Things Must Pass is his masterpiece and highlighted Harrison as a prolific emotional songwriter.

Listen to the 'This Guitar (Can't Keep From Crying)'

His final three records on Apple were all strong. Today we have a bonus track from the reissue of Extra Texture (Read All About It), an alternate version of one of my favorite songs from that album, "This Guitar (Can't Keep from Crying)." The recording was done in 1992 as a demo for Eurythmics' Dave Stewart, who recorded electric guitar on it at the time. The song itself is a sequel of sorts to Harrison's masterful tune "While My Guitar Gently Weeps," a song recorded with The Beatles that featured a brilliant guitar solo from his buddy Eric Clapton. "This Guitar" is a reaction to poor and sometimes scathing reviews, including ones from Rolling Stone that Harrison received when he toured in 1974 ignoring his Beatles legacy in favor of Indian Classical music and his new music.

Learned to get up when I fall
Can even climb rolling stone walls
But this guitar can't keep from crying
This here guitar can feel quite sad
Can be high strung, sometimes get mad
Can't understand or deal with hate
Responds much better to love

For the reissue, this version of the song got overdubs from George's son Dhani Harrison on guitar, Ringo Starr on drums and Kara DioGuardi on vocals. Dhani Harrison also oversaw the reissues. All of the records have been remastered from the original analog tapes and feature bonus tracks, booklets and a DVD. The box set comes out on Sept. 23, but you can pre-order here.