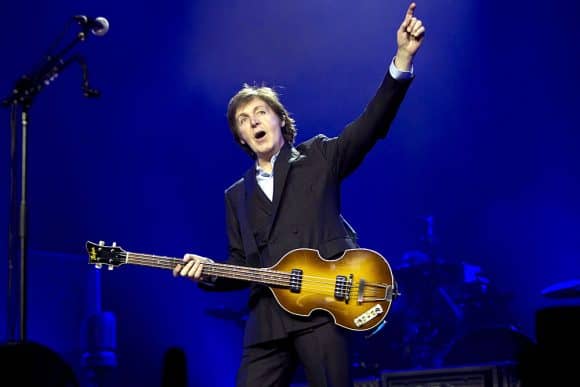 The complaint was filed in the Southern District of New York. The musician hopes to regain ownership of songs co-written with John Lennon.
In 1969, Lennon and McCartney lost ownership of their publishing when Northern Songs was bought by ATV in 1969. In 1985 Michael Jackson bought ATV Music for $47.5 million, beating a joint bid by McCartney and Yoko Ono. A merger between ATV and Sony a decade later saw Sony acquire a half stake in the song rights, and in 2016 the company bought out the other 50 per cent stake for $750 million.
McCartney's legal action will leverage the termination provisions of the US Copyright Act. In 1976, Congress increased the period of copyright protection for creative works, and allowed authors to reclaim rights in the latter stages of a copyright term. The lawsuit declares that McCartney has been serving termination notices for almost a decade.
Under US copyright law, songwriters are able to reclaim the publishing rights to their work after 56 years. McCartney’s songs will be eligible from in 2018, 56 years after the release of The Beatles' first EMI single Love Me Do.
McCartney's complaint states that Sony has failed to provide confirmation of the musician's termination notices. "For years following service of the first Termination Notices, Defendants gave no indication to Paul McCartney that they contested the efficacy of Paul McCartney’s Termination Notices. Defendants’ affiliates did, however, oppose at least one other artist’s terminations of transfers under the terms of the 1976 Copyright Act."
The writ continues: "Rather than provide clear assurances to Paul McCartney that Defendants will not challenge his exercise of his termination rights, Defendants are clearly reserving their rights pending the final outcome of the Duran Duran litigation in the U.K."
This is a reference to Duran Duran's unsuccessful attempt to regain rights to their songs. In December 2016, a judge in England ruled that American termination law should not take precedent over English contract law.
In response to McCartney's claim, Sony/ATV Music Publishing issued a statement:

Sony/ATV has the highest respect for Sir Paul McCartney with whom we have enjoyed a long and mutually rewarding relationship with respect to the treasured Lennon & McCartney song catalog. We have collaborated closely with both Sir Paul and the late John Lennon’s Estate for decades to protect, preserve and promote the catalog’s long-term value. We are disappointed that they have filed this lawsuit which we believe is both unnecessary and premature.