Remastering the One Beatles Live Album Finally Made It Great 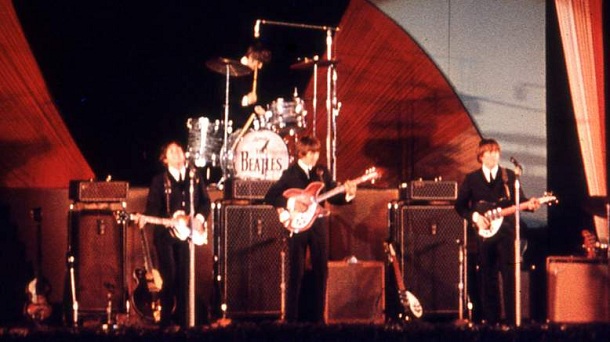 The Beatles’ remarkable catalog includes just one official live album, and the group’s immense popularity made it unlistenable. The Beatles at the Hollywood Bowl, recorded in 1964 and 1965 but not released until 1977, was always a frustrating listen. Try as you might, you simply cannot hear much music above the fan-belt squeal of 10,000 Beatlemaniacs.

You can’t blame the Fab Four, nor their legendary producer George Martin. Martin did what he could with the three-track tapes, but the limitations of 1970s technology did little to elevate the music above the din. Boosting the high frequencies—the snap of Ringo Starr’s hi-hat, the shimmer and chime of George Harrison’s guitar—only made the racket made by all those fans even louder.

To get a sense of what the team at Abbey Road Studios did, imagine deconstructing a smoothie so you’re left with whole strawberries, peeled bananas, and ice cubes, then mixing them again from scratch.

All of which makes the remastered version of Live at the Hollywood Bowl especially impressive. The do-over, which coincided with the August release of Ron Howard’s documentary film Eight Days a Week, squeezes astonishing clarity out of the source tapes. You can finally hear an exceptionally tight band grinding out infectious blues-based rock propelled by a driving beat, wailing guitars, and raspy vocals. This album never sounded so lucid, present, or weighty.

“What became apparent when you compared it to what came out in 1977 is how hard Ringo is hitting the drums,” says Giles Martin, George Martin’s son and the producer of the remastered album. “How hard the band were really digging in. We didn’t really know about that before. You take these layers of natural tape effects away to get to the heart of the performance, and when you get there, you actually hear the dynamics.”

Technological wizardry helped uncover the hidden sonics. But don’t think you can just run out and buy the same software to make your crappy Can bootlegs listenable. There’s no checkbox in ProTools to reverse-engineer a lousy recording. To get a sense of what the team at Abbey Road Studios did, imagine deconstructing a smoothie so you’re left with the strawberries, bananas, and ice in their original forms, just so you can blend them again from scratch.

To do that, James Clarke, a systems analyst at Abbey Road Studios, developed a “demixing” process to separate each instrument and vocal track from the cacophony. He isolated everything Ringo, Harrison, Paul McCartney, and John Lennon played and sang, separated it from the din of the crowd, and effectively created clean tracks to remaster. Fittingly, Clarke’s audio-modeling process used spectrograms—imagery you might associate with ghost-hunting—to bring the spirit of these live performances back to life.

“It doesn’t exist as a software program that is easy to use,” Clarke says. “It’s a lot of Matlab, more like a research tool. There’s no graphical front end where you can just load a piece of audio up, paint a track, and extract the audio. I write manual scripts, which I then put into the engine to process.”
Make This Bird Sing

Before tackling the project, Martin told Clarke to take a crack at a track Martin thought might give the engineer fits. “I challenged him with ‘And Your Bird Can Sing’ on an acoustic guitar, and I knew just by being a mean, mean bastard that separating acoustic guitar and vocals was going to be the biggest challenge for him,” Martin says. “You have a lot of frequency crossover and distortion of signal path that goes on.”

Clarke passed that test. Then came the real challenge: Working with those three-track source tapes from the Hollywood Bowl to create digital models of each instrument, the vocals, and the enraptured crowd. From there, engineers could tweak each track to create the final mix. 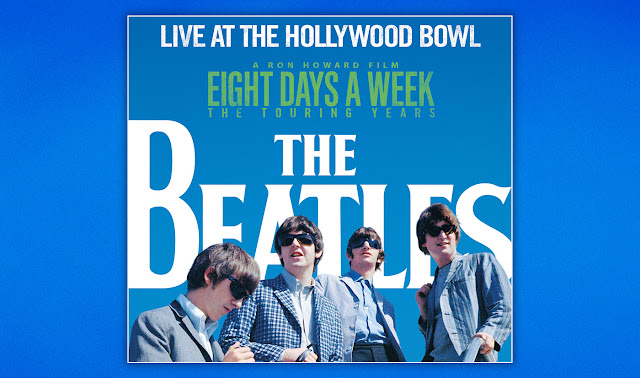 Separating the kick drum and bass guitar proved relatively easy, because low frequencies don’t suffer from crossover with crowd noise. But vocals, guitars, snare drums, and cymbals share the same sonic real estate with the banshee wail of the fans. The Beatles’ virtuosity and consistency helped here. The modeling process involves using samples of each instrument to help the software determine what to look for and pull out into its own track. If the recording didn’t have a clean enough version of the track Clarke wanted to isolate, he used session recordings to build those audio fingerprints. “I went back to the studio versions to build the models,” he says. “They’re not as accurate, as there are usually temporal and tuning changes between playing in the studio and playing live, but the Beatles were pretty spot-on between studio and live versions.”

After creating spectrogram models of each instrument, he loaded the files into what he calls his “little controller program.” A few hours later, it gave him a clean track of the instrument he modeled. All of those tracks went to the mixing engineer.

From the start, Martin hoped to make the recording as lifelike and accurate as possible. “I wanted to know what it was like watching the Beatles play live,” he says.

Clarke’s process could breathe new life into other old recordings. He and Martin say a few other bands have asked them about working a little magic on the live shows in their own archives, though they wouldn’t name names.
Liven It Up

The Beatles at the Hollywood Bowl is a live album, and Martin and Clark decided to leave a little crowd noise in, even though Clarke says he achieved “nearly full separation” of the music and the audience. As with Bob Dylan’s 1966 concert at “Royal Albert Hall” and Johnny Cash’s gigs at Folsom and San Quentin prisons, the recording wouldn’t have the same energy without a little cheering and screaming. In the end, the remaster dropped the crowd noise by about 3 decibels. “They could have pushed it a lot further if they wanted to,” Clarke says, “but I think they got it spot on.” After almost 40 years, you can finally hear the Beatles in The Beatles Live at the Hollywood Bowl, and they sound glorious.