The Beatles Bootleg Recordings 1963 is a compilation album of 59 previously unreleased recordings by English rock band the Beatles, released on 17 December 2013, exclusively through the iTunes Store.[1] While it was initially only available for a few hours,[2] it is currently available again for purchase.[3] The release was timed to extend the copyright of the 1963 recordings under EU law by 20 years – the EU protects recordings for 70 years only if they are formally released.[1][4] Officially unreleased recordings from the band's earlier recording sessions previously entered public domain in 2012.[citation needed] 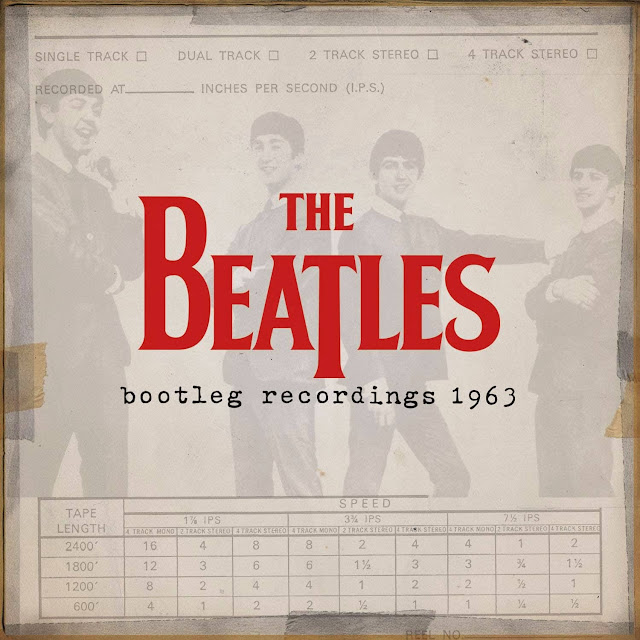 The album includes 15 studio outtakes and 42 live BBC Radio tracks, adding to those released previously on the albums Live at the BBC (1994) and On Air – Live at the BBC Volume 2 (2013).[5] The album also includes John Lennon's demo recordings of "Bad to Me" and "I'm in Love", later released as singles by Billy J. Kramer and the Dakotas and the Fourmost, respectively.[1] 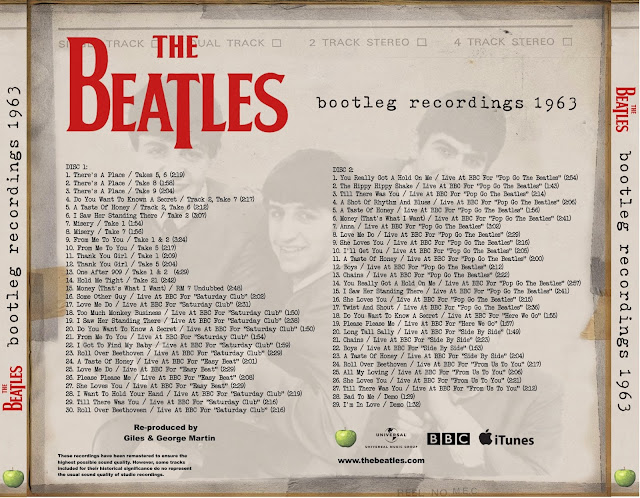 Track listing
Tracks 1–14 are stereo; the rest are mono.
All tracks written by Lennon–McCartney, except where noted.


There also appears to be an unofficial bootleg CD version of the recordings. 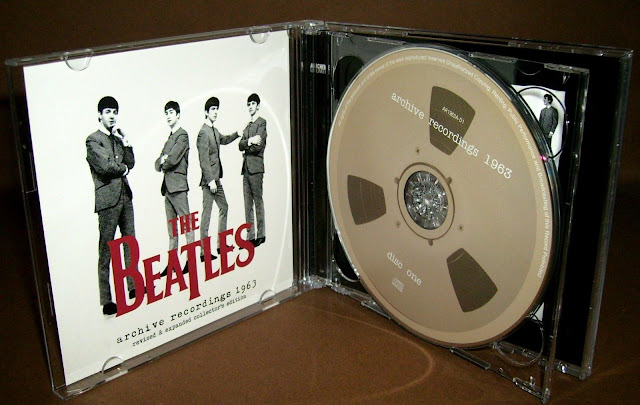 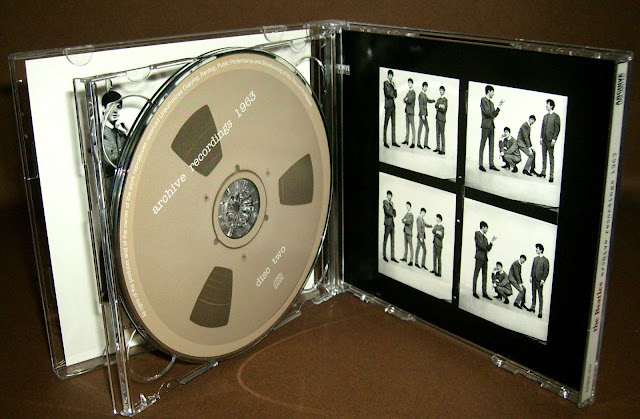 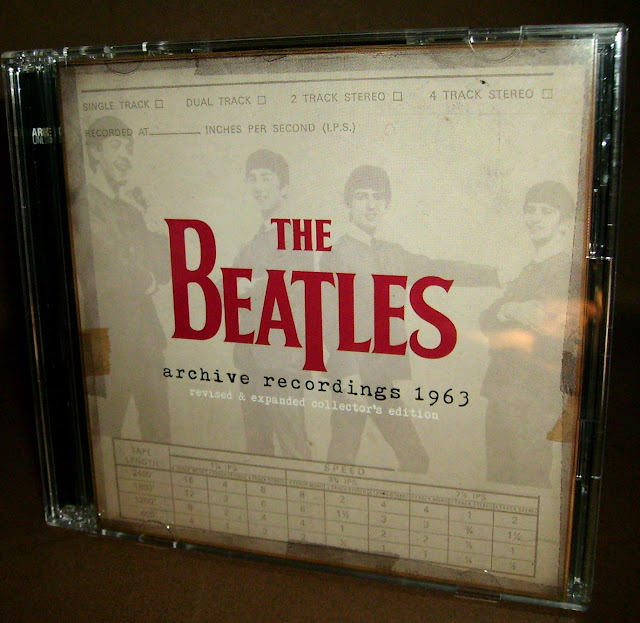 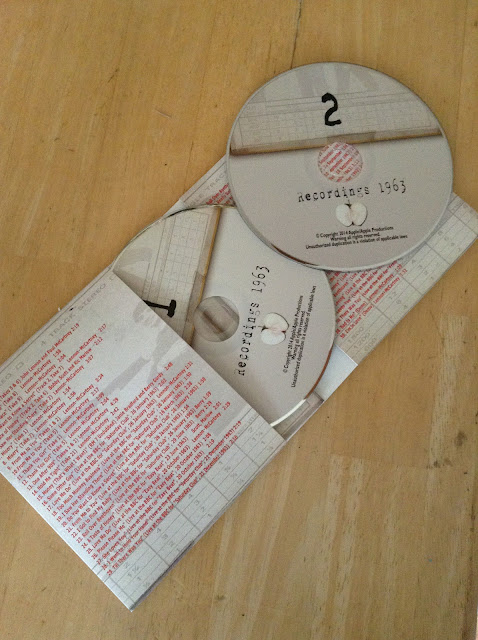 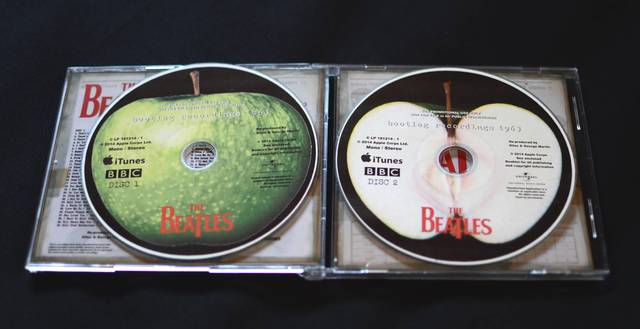 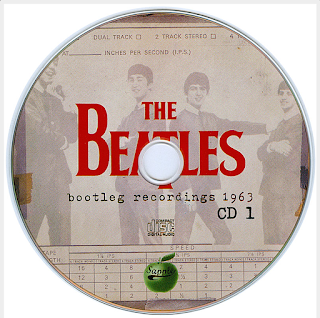 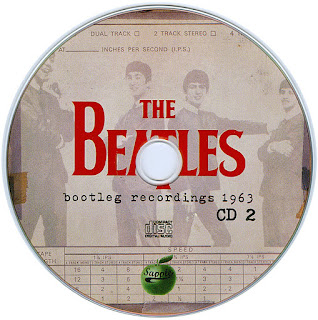 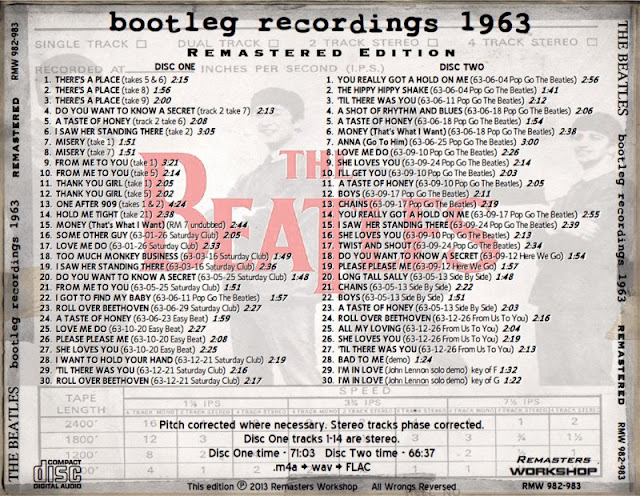 After something of a false start, Apple Corps/Universal have today issued 59 previously unreleased recordings by The Beatles consisting of studio outtakes and live material from 1963.
We should clarify straight off the bat, that this is not a deluxe box set; indeed, it’s not being released physically on any format. Bootleg Recordings 1963 (as this collection is dubbed) is a digital-only affair and can only be bought via iTunes. But hey, it is The Beatles, so coverage here is justified!
The Beatles’ Anthology albums (themselves nearly 20 years old) were the one and only time in the last 50 years that Fab Four studio outtakes have been officially released, so to see something akin to The Holy Grail almost casually uploaded onto (the other) Apple’s iTunes servers takes a while to get your head around.

But that is what has happened. Tracks made available include work-in-progress from Please Please Me and With The Beatles, and early takes of the group’s first (official) UK number one From Me To You and its B-side Thank You Girl. The 1963 version of The One After 909 (which famously went unreleased until Paul and John dusted it down for Let It Be six years later) is another notable inclusion (takes 1&2) in this Beatles Bootleg bundle.
Into total, 15 studio tracks are issued followed by an enormous amount of what you might call Live at the BBC ‘the leftovers’ – tracks recorded at the BBC radio studios that haven’t appeared on the official releases (1994 and 2013) probably to avoid duplication and in some cases because the sound quality is not up to par. So we get three Love Me Dos, four A Taste Of Honeys and a couple of Do You Want To Know A Secrets amongst the 42 Beeb tracks. A special treat at the end of the Bootleg Recordings are demo versions of Bad To Me and I’m In Love, two Lennon-McCartney songs given to other groups (Billy J. Kramer with the Dakotas and The Fourmost, respectively).

As a fan of physical media the first reaction is ‘why couldn’t they have released this is a proper box set’, but in truth, the digital domain is somehow a more forgiving environment for this Merseybeat memory dump; running orders don’t need to be fretted over (or are rendered irrelevant by the medium), and no one is going to complain about multiple versions of the same track because you just can just download the ones you want. In short, Apple don’t need to think  about it too much, because the truth of the matter seems to be that they would probably rather not do this at all. The current thinking is that this Bootleg Recordings 1963 release is all about retaining copyright of the material once it’s over 50 years old. Previously released material is now protected for 70 years (in Europe), but unreleased material is not afforded the same protection and becomes public domain. The solution? Release it.

And that is what Apple/Universal have done today. The Anthology projects of the 1990s were studies in planning, hype, marketing, coordination and global brand enhancement. Three multi-formatted double albums spread over a year with the small matter of a six-part companion TV documentary (and later a hardback book). By comparison Bootleg Recordings 1963 is the polar opposite. No hype, no build-up, no advertising, no ‘tie-ins’ – just a bucketful of Beatles’ rarities falling onto the unsuspecting Mop Top fan as they go about their daily business.

If there are no changes in the copyright law, then surely we can look forward to similar Beatles Bootleg recordings in our Christmas stockings over the next seven years. Bootleg Recordings 1963 is released globally via iTunes today and is available to download in many territories already.