Michael Fremer  |  Jan 26, 2016
Music re-mixes may not be as complicated or as critical as brain surgery but when it comes to The Beatles, you could make the case.

If you're of a certain age, these songs are hard-wired into your brain, so that any changes jar. The reviews were not positive when, for the first CD issue, George Martin remixed Help and Rubber Soul to correct some glaring panning mistakes and to "modernize" the stereo imagery.

Martin also added reverb not found on the originals. Few fans were happy with them and they were even less happy when those same CD resolution mixes were used again for the box set that was otherwise sourced from 192/24 bit flat transfers and then "dumbed down".

Giles Martin was tasked with producing the music for The Beatles Cirque du Soleil show that's still running in Las Vegas at The Mirage Hotel and if you've not seen it and you are a Beatles fan, you must—and more than once! For that project he was mixing, mashing and using his imagination to paint Beatles onto a blank palette. He succeeded. 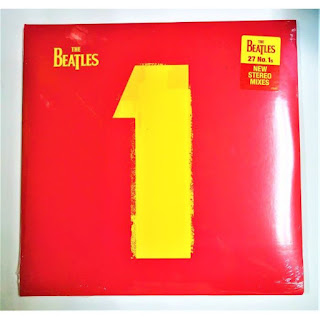 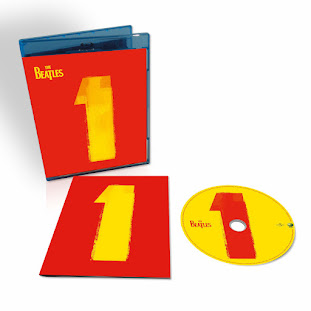 Here, the assignment was to re-mix the 1 album for release on Blu-ray and DVD to accompany the newly compiled and restored videos in which the group had participated. The assignment included a surround sound mix.

Fortunately, Mr. Martin was not interested in panning instruments around the room. Instead he set up big speakers in an Abbey Road studio and using the original microphones, recorded the songs being played back through the speakers, but with the microphones aimed at the studio walls not at the speakers.

Let's be honest: the vinyl version is of secondary concern in all of this. The point was a re-mix to go with the videos. Watching and listening on a home theater was/is an eye and ear opening experience. The mixes don't try to re-imagine the songs "Love"-like.

Instead, Mr. Martin re-mixed the hard left/right of the early 'stereo' songs to near-mono, which makes complete sense. We also know that up through Sgt. Pepper's Lonely Hearts Club Band the group and the producer paid full attention to the mono mixes and left the stereo mixes to others. Martin quipped to a BBC reporter last year: "And you have what I call the socks and sandals brigade saying: 'The only way to listen to Sgt Pepper's is in mono.' To be honest, they're probably right, but no-one does that any more."

Well of course we do, (most of us not wearing socks and sandals) but we also understand his point. So he produced stereo remixes that better spatially integrate the movable elements and he re-equalized the results, giving the bottom end far more weight and solidity than was found on the originals. It also sounds as if he's tamped down some high end sparkle to produce a richer midrange.

One aspect of the mono mixes that those of us who prefer them like, is the punchy solidity that gets diluted and softened in stereo.

What Martin has done here is sort of split the difference between the mono and original stereo, maintaining separation but also incorporating the mono's "crunch" and solidity. This works better on some tunes than on others. For instance, "Something" from Abbey Road sounds too dark and thick for my tastes, but maybe not yours. However, McCartney's bass line definitely flaps your pants legs as never before.

Martin has achieved the overall goal of not messing too much with your head in the macro-sense, but he definitely makes micro-moves that produce subtle "brain-rewiring" without disturbing or jarring your long held Beatles sensibilities.

"Yesterday" has a pleasing clarity and the added bass gives the strings a rich, woody sheen, especially the celli but as with every song here, some transparency is lost, the bass EQ is somewhat heavily applied especially if you have a full-range system (though whatever your system you'll love the kick drum on "Yellow Submarine") and Mr. Martin has definitely applied dynamic compression. Though it's generally modest, it's too much for me.

Compare "Ticket to Ride" here with an original U.K. original pressing. Even though on the original it's the last of seven songs on the side, the original kills the new version in terms of spaciousness, stage width and depth, dynamics and of course transparency. The digits still destroy the 'breath of life'.

Two final points: I'd rather hear this version of 1 than the thin, bright, unpleasant original two LP set, and while for the most part I still prefer the original mixes, misguided panning and all, these mixes alway surprise in the best sense of the word as the younger Mr. Martin consistently manages to pull subtle musical surprises out of his mixing bag of tricks, leaving you to wonder if he did it using the fader or the EQ knob or both.

In the end, you come away admiring Martin's steady but understated hand, but more than that, you'll find new appreciation for every song, even if, like me, you are somewhat disappointed by the dynamic compression and perhaps overdone bass.

Miles Showell cut 1/2 speed and on side 4 pays tribute to the master of the 1/2 speed cut, Mr. Stan Ricker. "RIP Stan Ricker and Thank You" he scribed into the inner groove area. The funny thing is, as much as I loved Stan and many of his cuts, he was a bass player and sometimes overdid the bass. Though here it's more likely the EQ was Mr. Martin's choice.

The packaging is outstanding and includes nicely reproduced 45rpm single sleeves from around the world, many of which you may never have before seen. The credits are also unusually complete with recording release dates as well as engineering credits for each song.

Below are scans from the Beatles 1+ Collection: 2 Blu Ray Discs + CD + Book 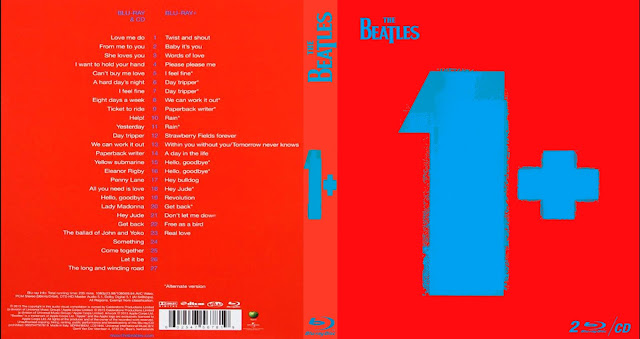 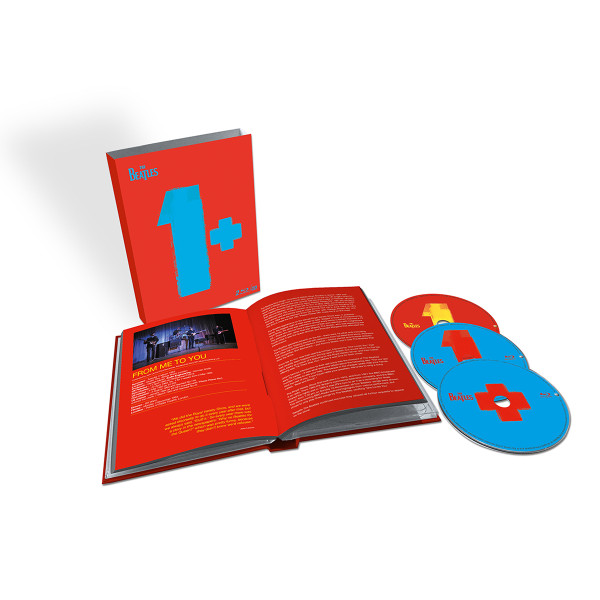 On The Records- Beatles Recordings